David Brooks' plea to save the Great White Male

Call me a cock-eyed optimist, but yesterday while I was reading David Brooks' editorial titled "The Talent Society," I thought he might have something to say that wasn't reactionary. oh, who was I kidding?? But he did bring up some interesting statistics regarding single people, then kinds of lives we have, and how our lives could be short-changing both poor children and middle-class (white) men.

Hmmmm...interesting! According to these stats, single people are taking over the U.S. at an alarming rate. Oh, really? According to author Maria Bailey, moms make up a trillion-dollar a year market, are leveraging all sorts of online media like crazy, and are amazingly influential in spreading the word about products and services.

So, then, does that mean that the marketing world is pandering to a tiny, yet vocal minority? I'd venture to say that the family is still pretty much alive and well in modern America, despite the paragraphs of protestation (or is it bemoaning?)that follow the stats from Klienberg.

As someone who's benefited from the Talent Society and being single, I'd say that 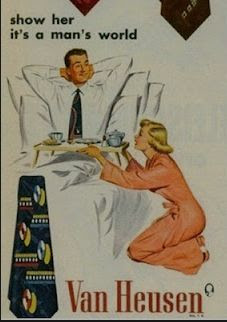 it's more that we are unwilling to put up with another person's b.s., insensitivity, and controlling cruelty than we are to just be impatient. Maybe we're just impatient with the things that hurt us and are unwilling to stay in bad situations that could lead to post-traumatic stress disorder and severe depression.

But wait! According to Brooks, it's the lack of supportive, enmeshed relationships (families) that are the cause of so much depression, disorganization, and disadvantage in people's lives.

Really? I'd like to introduce Mr. Brooks to my family, and several others, just so he can see how the enmeshed family isn't supportive but is more of a jail, where one makes a bargain with a certain kind of devil just to keep a roof over one's head and the depression medication coming in a steady stream.

Yet it seems to be the plight of solitary, middle-aged men, who seem to be lacking in social capital, that Brooks sees as suffering the most from the Talent Society. According to Books, this group, that is poor in social capital, apparently lacks the drive and the "social facilities to go out and make their own friendship circles."

Really? REALLY? Gee, I seem to know a number of single middle-aged men who are involved in local politics, go golfing with their younger married professional counterparts, play in bands, make videos for local artists and non-profits, hang out at art openings, participate in online forums, join runners and bikers groups etc., etc....

Shall I go on??? Or maybe I should introduce Mr. Brooks to some of my local middle-aged guy friends....

I think the guys Brooks seems so concerned about are those that may be suffering from depression for other reasons than what he is unwilling to acknowledge. They may also be men that are introverted by nature--which does not mean that, if they were enmeshed in a lousy marriage that they would be better off.

The zinger though occurs at the end of the editorial when Brooks whips out the "poorer child" to conclude that, after all, these horrid single people with massive social capital, who are perhaps enjoying their lives, are somehow the cause of undue suffering of poor children.

And maybe it's these same single people that take in unwanted nieces and nephews, that volunteer with organizations that work with disadvantaged, "poorer children," or perform other civic-minded duties that actually help others.

And why might they do that? Because they have the time and they are not obligated. What they do comes from their hearts and their genuine desire to want to help others--which may be a trait that some single and talented people have in excess.

So, no Mr.Brooks, you will not make me, a single middle-aged, childless female, feel guilty for pursuing my talents (meager as they may be) and not marrying some poor man who needs me. We live in a society that is abundant in tools and technologies, and if single women can use them to create social capital, then I'm sure the Great White Male can learn to use them as well.
Posted by Tish Grier at Wednesday, February 22, 2012